In the beginning was the zero. Reset and start from the zero point.
Zero as a meeting point. Coming from 5 different angles, going in one direction, that is not only one direction.
Zero is neither even nor uneven, neither positive nor negative. It’s simple, neutral, and open to all directions.

Zero is the ultimative origin.

Since early 2015 5TimesZero was formed by new and old companions.

5TimesZero – that means sensual and sometimes cool and stringent Synthie Pop, which gladly leaves the ordinary
beaten paths of its genre, to achieve its goal: From Zero to 100. From the seeming nothingness of Inspiration to audible
and accessible solidly performed tracks.

Catchy and danceable music with a glance of avant-garde, connects with two extraordinary voices, and blends
perfectly together, produced in their own recording studio.

The first four resulting Songs will be released at the 18th of December 2015 as an EP called “Zero Gravity”
(digital only. The Longplayer is planned for 2016)

The breakup is NOW. 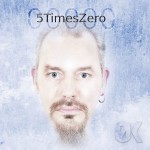